Bursa Malaysia or previously known as KLSE or Kuala Lumpur Stock Exchange is the largest stock market in Southeast Asia with a market capitalization of over US$100 billion. It has been operational since 1965 and offers trading participations for both Malaysian stocks and special designated stocks. Five things you may not have known about the Bursa Malaysia:

1) It has a list of top companies that includes PETRONAS, Genting Group, Maybank, Public Bank and list of large companies.

2) The exchange lets people trading in Bursa Malaysia. It allowed them to buy and sell both Malaysian stocks and stocks from other countries in the coming future.

3) It runs an electronic market where registered brokers can buy or sell securities listed on Malaysia directly for their clients.

4) With a market capitalization of more than $100 billion, it is the one of largest stock exchange in Southeast Asia.

5) Their website has a lot of stock market information, like company profiles and the latest news. The latest education service is BursaMarket Place, goto bursamarketplace.com

Singapore Stockbrokers Association was started & moved into Malaya in 1930 but Bursa Malaysia was created in 1937. It was renamed the Stockbrokers’ Association Malaya. Share trading for public is open to all. On May 9, 1960, the Malayan Stock Exchange started trading. Both Singapore and Kuala Lumpur put in place board systems in 1961.

When Malaysia and Singapore broke up in 1965, the Malaysian Stock Exchange kept going under both names (MSSE). When the currency exchange stopped in 1973,  KLSE and the Singapore Stock Exchange became new entity.

Other factors like the companies and the economy as a whole exhibit signs of stability and expansion, share prices typically rise or remain stable. A stock market crash may occur following a recession, depression, or financial crisis. Consequently, the movement of share prices and stock indexes can be indicative of the economic climate and it played a role on shaping the future of the exchange.

For more information, go to www.bursamalaysia.com, which is the site for Bursa Malaysia. 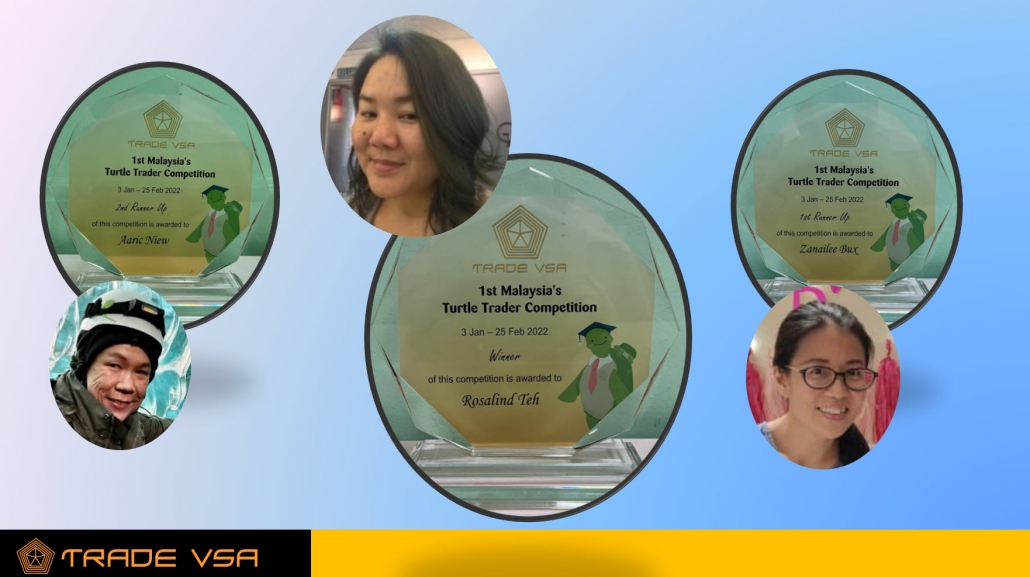 Both 2nd Runner up and 1st Runner up get 6 mths TradeVSA plugin package RM1600 each.

Do you have the desire to be a great trader like our Turtle Trader winners? 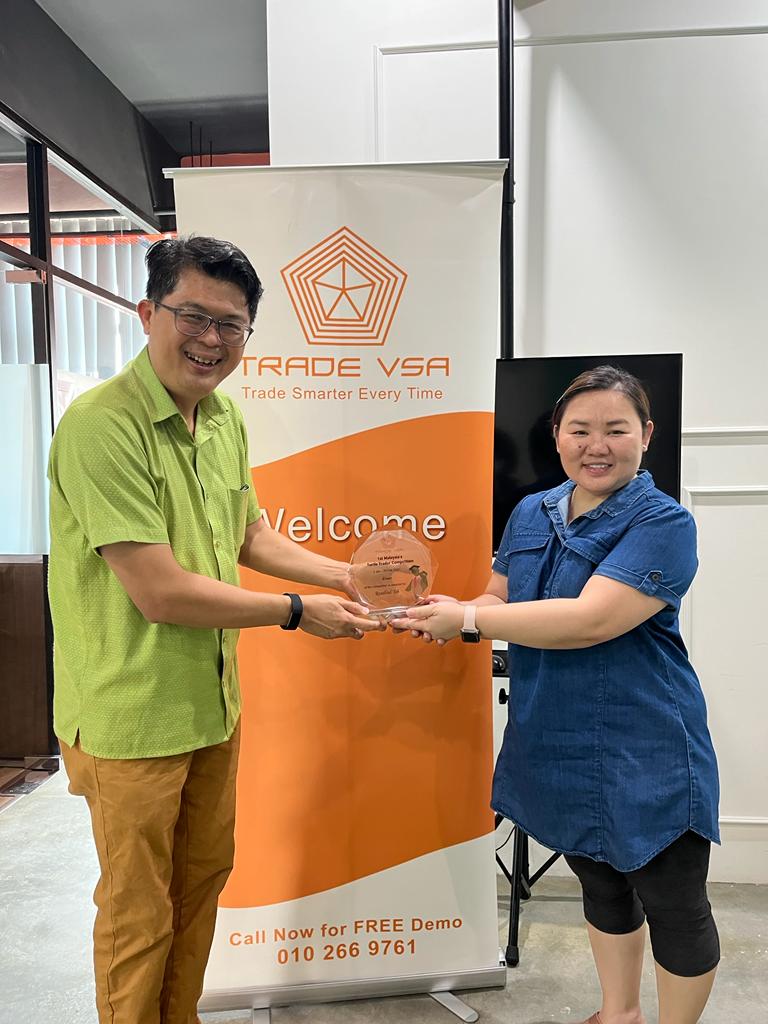 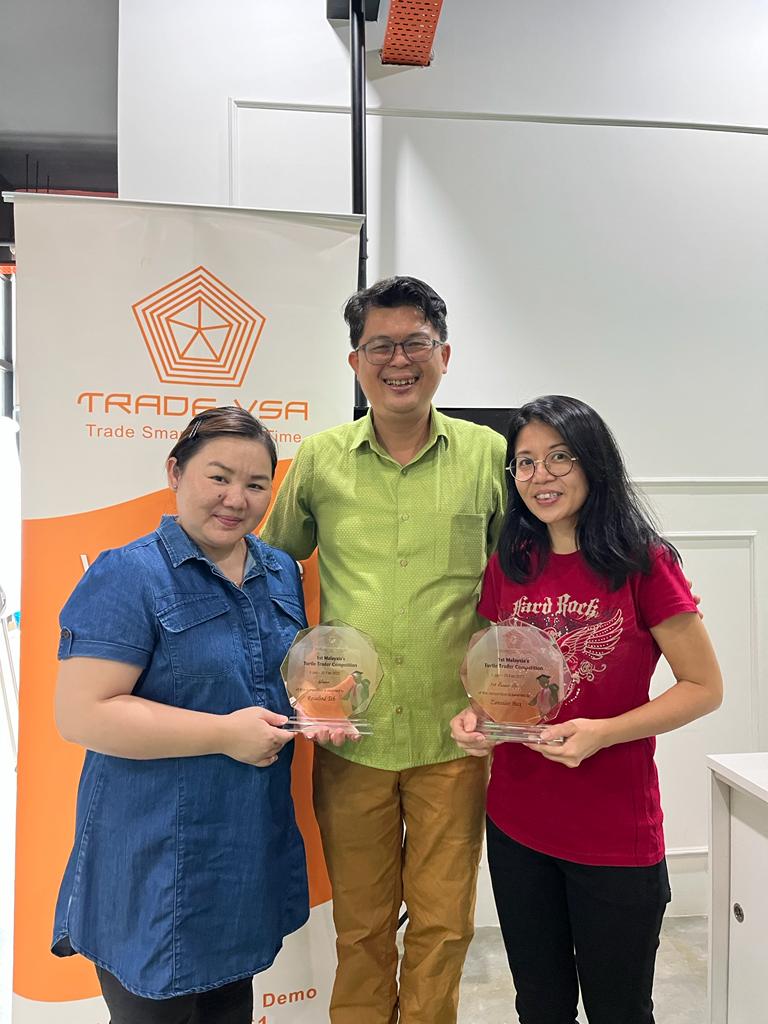 Our first speaker, Dr. Gary Dayton from US

Dr. Gary detailing the working mind of an investor and trader on how we make decision in trading.

Check out Dr. Gary Dayton speaking in our TradeVSA Conference.

Insights:
1. Its important that Dr. Gary highlight many flaw us as investor and trader don’t address as we so focus on the visual .
2. We need to focus trading and investor as a process and not just another leisure activities for those is taking a more professional approach.
3. At the end, its is dollar and cents and we shud try to improve our life and ourselves as part of personal development, just like developing good habits to be healthy and wealthy
4. Dr. Gary is an accomplished day trader in the US SP500 and he sharing from his professional experience and looking from the inside.

7. Review the winning and losing and learn about yourself.

8. Trading psychology is much more appreciated once you focus on the process rather than the outcome like profit or loss. Like I lost money today, I am a lousy trader and we become addicted to the feelings of winning because we feel like a real man or person.

9. Focus on technique and skill acquiring when u first starting but theres a need to develop the winning mindset as described by Dr. Gary later if you want to be consistent winners year in and out. 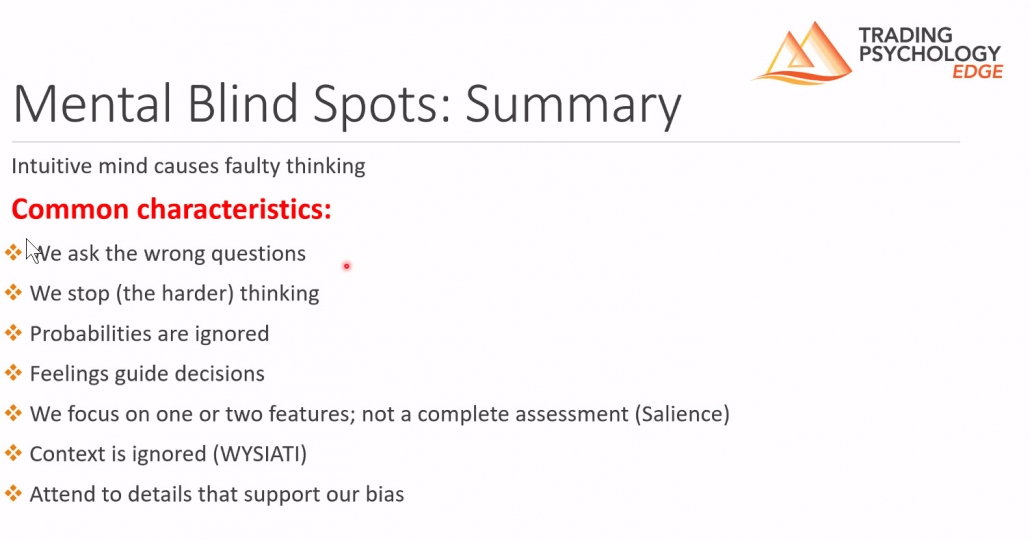 Discuss the 3 main indicator to watch for when comes to market bottom before thinking of buying and how you can use KLCI index and DJIA index to time your next buying when it comes to bottom fishing. 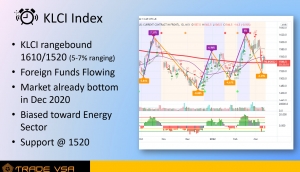 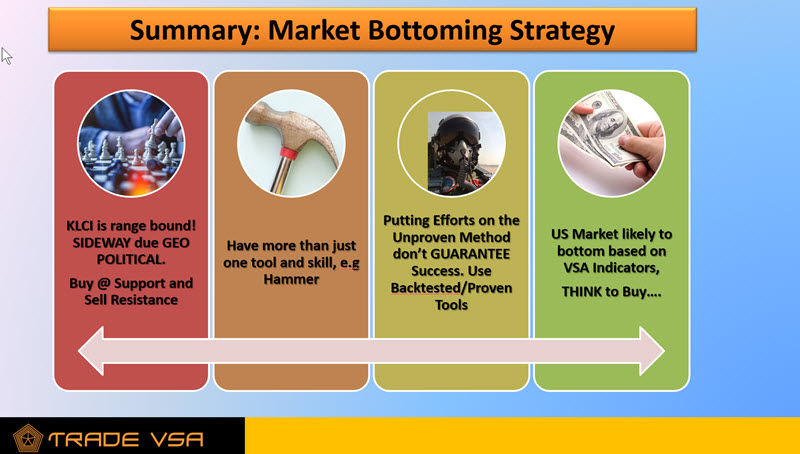 He shared insights how chips prices gone higher due to supply chain issues. 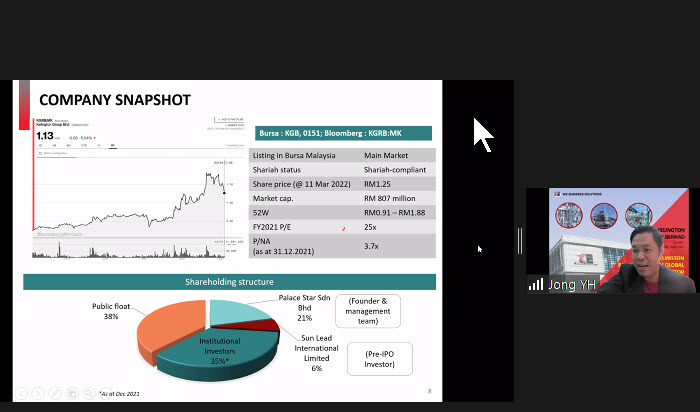 More free tools from MACQ Malaysia… check out at their website : https://www.malaysiawarrants.com.my/tools/heatmap 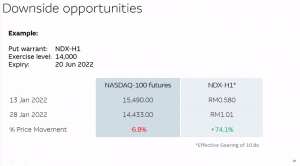 3. Discuss the Wyckoff price and volume action in Phase A-D

By leveraging its wealth of knowledge and expertise, Dagang NeXchange Berhad (KLSE: DNEX) has become a leading provider of eServices focused on trade facilitation, system integration and consultancy. By supplying customized services, solutions and infrastructures, the company is positioning itself as a reputable player in a myriad of sectors including the lucrative IT, Technology and most recently – the energy industry.

The company has been making several growth strides in the past months to facilitate its progress. DNEX is focusing its efforts on adding prominent key personnel to its BOD to facilitate its new ventures into the lucrative oil and gas industry. Additionally, the company’s previous acquisition of Silterra will enable the company to position itself as an emerging leader in the growing semiconductor industry. In fact, the subsidiary has recently announced a $645 million investment on an expansion plan that will result in a 20% increase in its annual capacity.

On February 16, DNEX was among the most actively traded stocks and traded at its record high of RM1.27. In light of the company’s constant development and expansion efforts, investors are bullish DNEX could reach new highs in the coming months.

The company reported RM 270 million in quarterly revenue, up from RM 45 million in the previous quarters.This represents a 490% QoQ increase in revenue. The main reason behind the surge in revenue is mainly due to the acquisition of SilTerra Malaysia Sdn Bhd from Khazanah Negara, which is a semiconductor wafer foundry.

The increase in revenue from RM 15 million to RM 78 million, representing a 396% QoQ growth rate, is also due to the company’s recent acquisition due to the consolidation of Ping results (RM67.27 million) in the current quarter, as well as the impact of the recent improvement in oil price.If we remove the acquisition of Ping, the company’s revenue for its energy segments only posted a revenue of RM 11 million, which is actually declining.

The quarterly trend for DNEX were impressive as ever as you can see QtoQ jump so far. In term of fundamental standpoint, even the company is trading at a PE ratio of 8.27 which look cheap but if we took a deeper dive the company EPS is actually boosted due to its recent acquisition of the semiconductor company from Khazanah. The boost in EPS is only one time and unlikely to sustain. Thus, the company underlying business is actually trading at a much higher valuation.

Longer term trend according to VSA (Volume Spread Analysis). Long period of re-accumulation spotted in the DNEX weekly chart since March 2021. In this re-accumulation we can notice how Smart Money plan this movement from the beginning before a breakout of +31% profit !

Based on the backtesting, a healthy trending stock will form reaccumulation. We will share with you similar case study in this article shortly.

So, what is Re-Accumulation ?

A Reaccumulation is the process of Absorbing shares during an uptrend. It is a pause in a major uptrend that can take weeks to months (sometimes years) to complete. It serves the same purpose as an Accumulation. By the way, we are holding our VSA/Wyckoff conference Mar 12, 2022. Check us out there https://bit.ly/3vaUCR4

In this stage, you will notice several Shakeout will happen as Smart Money trying to remove weakhand-holders before breakout.

Here is the previous review for DNEX in reaccumulation

Below is another re-accumulation stock, TAANN, with +65% profit !

Reaccumulation is always needed to ensure the trend overall is still healthy. In the next few articles, we will go into details and break down what is happening in Re-Accumulation and how you can spot like a Smart Money too!
With this, you can Trader Smarter Everytime and avoid trap by Smart Money

Join our Telegram Channel and we will share more VSA techniques with you.
https://t.me/tradevsatradingideas

Disclaimer
This information only serves as reference information and does not constitute a buy or sell call. Conduct your own research and assessment before deciding to buy or sell any stock