AirAsia – Is this a time to look into AirAsia for Economy Reopening & its new business development ?

News Flash: AirAsia received Receives Approval from Danajamin for RM500 million Facility. Is this a positive news for AirAsia?

AirAsia is building Super apps.
A super app is an app that allows users to have access to several services in only one single app. Because of the high traffic in AirAsia Apps, AirAsia decided to utilise all the traffic by turning a low-cost airline booking app into a one-stop solution for many services, from travel bookings to ride hailing, food delivery, and etc. Besides, AirAsia is also developing its fintech unit, which is also known as BigPay that is focusing on becoming a digital bank in Malaysia. BigPay is very well known for its remittance services and also for its good currency exchanges rates.

We can see that instead of focusing on becoming an aviation company, AirAsia is trying to rebrand itself as a technology company. The story of AirAsia sounds great and it excited a lot of investors, including myself. However, I do believe AirAsia has a big challenge lying ahead if it wants to aggressively expand its ride-hailing and food delivery business.

AirAsia needs to raise more capital if they want to achieve success in Food Delivery and Ride-Hailing Business.
AirAsia required a lot of funding in order to continue expanding its market share in both ride-hailing companies and food delivery companies. Because none of these companies were able to grow without new funding, as they are unable to achieve profitability during their early days. Thus, shareholders of AirAsia who expect them to grow their food delivery and ride-hailing businesses should be prepared for shareholder dilution as they need to issue more shares in order to raise cash to grow.

When we look at the number one ride-hailing and food delivery company in Southeast Asia, they have raised a total of $12.5 Billion dollars in all their funding rounds to be able to grow to today’s size.

So how things will end up if AirAsia still decided to compete in this industry and will it exhaust out the Guaranteed Danajamin worth RM500 million
This addition Danajamin will add more liability to AirAsia.

The biggest Challenge for AirAsia currently, its Balance Sheets
The biggest challenge for AirAsia currently is that they have to face many competitors in the industry, but they also do not have the right balance sheets to expand aggressively in this market. We can see that in the latest quarter of AirAsia Q2 results, the company currently has only RM 253,612 thousand in cash and has a total of RM 14,038,299 debt on its balance sheets. To make it worse, they have RM 5,165,554 of short-term debt that they have to repay in a one-year time frame. Lease Liabilities have to be accounted as debt in AirAsia’s case because they have sold most of their aircraft and decided to lease back the aeroplanes so that they can have a light asset business model which they can leverage and expand more aggressively in the aviation market. However, this comes with a cost which they have to pay their lease to the leaser on a monthly or yearly basis, even during hard times like a pandemic. 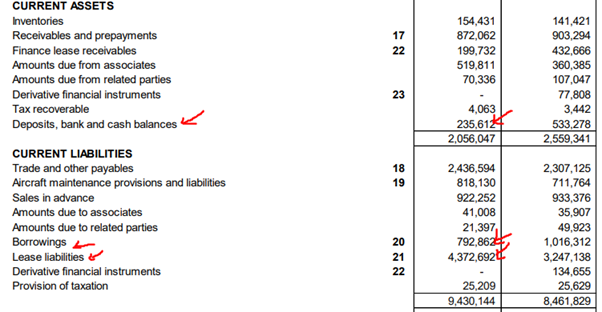 This balance sheet is one of the worst balance sheets I’ve ever seen in a company. With these kinds of bad balance sheets, it is actually hard to imagine how AirAsia is going to fund its growth plan of making AirAsia apps into SuperApps. Massive dilution of shares is something unavoidable to the shareholder if AirAsia really wants to continue its growth plan in Ride-Hailing and Food Delivery Business. 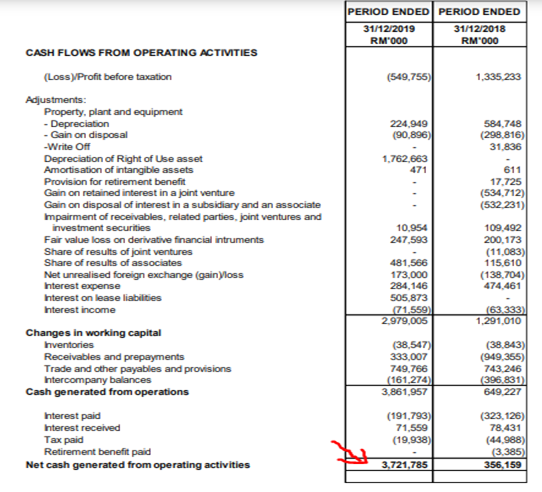 Conclusion
Ride-hailing, food delivery, digital banks, Superapps, and data are all names that sound fancy and have attracted the interest of many investors, as these industries have produced a lot of unicorns in the world. We do like AirAsia’s vision of becoming a Southeast Asian Super app like Grab, but their heavily indebted balance sheets make me wonder whether they will be able to fund their aggressive growth plan in the future. They will need a lot of funding and we personally think that massive dilution of shares is something that is unavoidable for the company in the future.

Join SMARTRobie Breakfast Show every Monday, Wednesday & Friday at 10:15 am

This information only serves as reference information and does not constitute a buy or sell call. Conduct your own research and assessment before deciding to buy or sell any stock

KLSE Top 3 Rubber Glove Makers You Must Know Before Investing & Should... 3 Revenue Stream You Must Look into KLSE Energy Sector Before You Buy!
Scroll to top